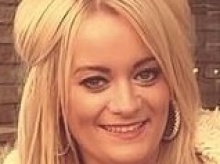 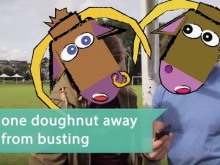 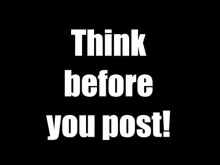 An appeal in the film

Megan McNern wants young people to think before they post online, after she received hurtful and abusive comments on an anonymous social media network.

The 22-year-old from Enniskillen in County Fermanagh says she was targeted by trolls on Yik Yak, an app that doesn’t require users to identify themselves.

‘The first time I used the app, I only went on to downvote negative comments about my friend,’ explains Megan.

‘That’s how it works – five downvotes and it disappears.

‘Rather than it being a harmless and fun social network, the app became a haven for my bullies.

‘I want to turn my own experiences and the experiences of my friends into a positive lesson for others.’

With Fixers, Megan and her team have helped create a film to demonstrate how nasty comments can be made by those hiding behind anonymity.

At the end, a bully is unmasked and asked ‘if it wasn’t anonymous, would you still say it?’

Watch Megan and her team’s Fixers film ‘Yuck Yuck’ at the top of this page.

‘I am extremely happy with my resource,’ Megan says.

‘Hopefully the young people who got involved in this project will promote positive use of anonymous apps.’

The group hope to reach their target audience by sharing their film on social media.

Megan adds: ‘Let’s lose the insults and build a society where people say positive things and give compliments to one another.'