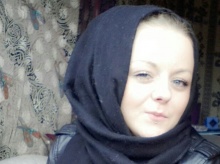 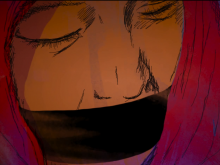 An image from the animated film 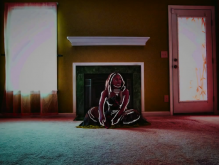 A scene from the Fixers film showing a victim of abuse

Siobhan Edwards from Birmingham wants to help women and girls, who are experiencing abuse, in any form, to break their silence on the subject.

The 24-year-old and her team want to make issues such as female genital mutilation (FGM) and forced marriage less of a taboo, so that those affected by them feel able to speak out and get help.

‘It’s pretty upsetting but it’s also given me the motivation to try to do something about it.

‘There are injustices against women going on all over the world.

‘We think that talking about such issues can end the stigma and let victims know that there is support out there.’

With Fixers, Siobhan and her group have helped to produce an animated film to raise awareness.

It features four scenarios, which are fictional but based on true stories, which cover female genital mutilation (FGM) forced marriage, honour killings and domestic violence.

The film ends with the question, ‘if this was your story, what would you do?’, urging those affected to speak out.

Watch the group’s Fixers film ‘The Girl With The Red Ribbon’ at the top of this page.

‘I really like the film because it’s very powerful,’ Siobhan says.

‘Although it’s animated, the scenarios are no less real. This kind of thing happens all the time.

‘It’s vital that we at least start talking about the issues, so that more people have the confidence to speak out.’

The group plan to show their film in schools and colleges around Birmingham.

Siobhan adds: ‘It’s important that we reach these people as many are afraid to do something about their situation.

‘Maybe after seeing this film, they might feel differently.’