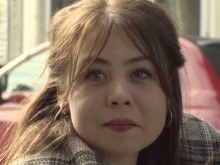 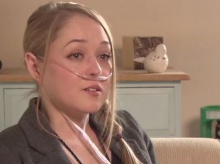 Kimberly Chard shares her experiences in the broadcast 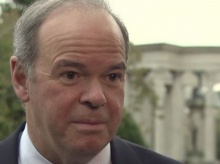 ‘To the family who donated the organs of their loved one, I could never thank them enough for giving me this life.’

Poppy Roberts, who has cystic fibrosis, is demonstrating the difference organ donation can make, after she received a long-awaited lung transplant.

The 25-year-old from Monmouth wants to encourage others to become donors, after one family’s decision changed her life.

Her story was broadcast on ITV News Wales at Six on Thursday 5th November.

‘It changed everything,’ explains Poppy.

‘Everything that was difficult - walking, sleeping - it all changed. It became so much easier.

‘From next month, people in Wales will have to opt out of being a potential organ donor. But their families will still have the final say.

‘My Fixers project is to show what a massive difference organ donation can make to individuals and their families.’

In the TV film, Poppy speaks to her friend, Kimberly Chard, who discusses the struggle she faces being on the UK national transplant waiting list.

‘Having the surgery would mean that I will be able to plan my future instead of worrying about my husband planning my funeral,’ Kimberly comments.

‘It’ll mean that my family won’t lose a daughter. I don’t want to have to put them through that grief.’

‘The problem is that many families say no, often because they don’t know the wishes of the person who’s died.

‘In Wales we hope that through conversations and advertising they will soon be able to say yes.’

Poppy adds: ‘What I would say to a grieving family is to think for a moment about what their loved one would want.

‘If they put their organs up for donation they could save nine people’s lives.

‘That is an incredible gift.’

To see other resources on this issue, or watch more Fixers films, click on the image below.