Trouble With Care Fix On ITV 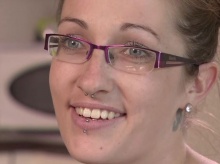 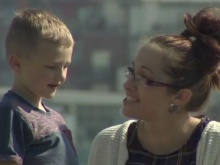 Katy with her son Logan in the broadcast 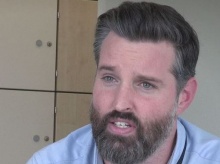 ‘I’m very happy and settled with a four-year-old son, but life for me could have been very different. Like many young people in the care system, I found myself in trouble with the police.’

After she went into care following the death of her mother, Katy Hutchings wants to inspire young people in the system to stay positive for the future and avoid getting into trouble.

Her story was broadcast on ITV News Meridian (W) on Thursday 15th October.

In the TV piece, 21-year-old Katy from Gosport urges young people to remain focused on what they want to achieve.

‘My problems started when I was nine. My mum passed away and in the end I entered the care system,’ explains Katy.

‘Grieving made me very angry. I felt like I needed to blame someone else.

‘Over the years I have been in and out of trouble with the police, which I regret now.

‘I realised that I needed to face what I was feeling and overcome it.'

With Fixers, Katy has helped to produce a film in which she looks back on her childhood and reflects on how her mother’s death affected her.

Her aim is to encourage people who’ve fallen on hard times to never give up hope.

Watch the film by clicking below.

‘In a recent survey of 15 to 18-year-olds in young offenders institutes, a third of boys and 61% of girls said they’d spent time in the care of a local authority,’ he says.

‘Often it can be a way of venting their frustration about things that are out of their control.’

‘I feel that other young people in the care system will benefit from my story.

‘I hope this encourages others to make the right choices and hopefully get to where they want to be.’

To find resources on the topic of young people in care, or to watch more Fixers films, click on the image below.