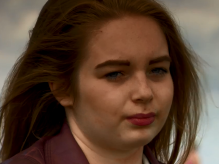 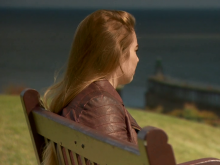 Elise in the broadcast film 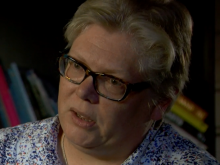 ‘It was affecting me every day in every part of my life. Even when I was having a better day it was still there in the back of my mind and life just became a drag.’

Elise Towell (17) from Whitby in North Yorkshire has battled depression and wants other young people to look after their mental health and not let their problems pile up.

Her story was broadcast on ITV News Calendar on Thursday 10th September.

In the TV film, she urges others to be open about their feelings and shares her experiences of mental ill health.

‘Things started for me when I was about 11,' explains Elise.

'It was little stresses and worries that snowballed.

Jacqui Hall from Scarborough, Whitby and Ryedale Mind appears in the broadcast piece, in support of Elise’s campaign.

‘In North Yorkshire, there are about 13,000 children with some form of mental health problem,' Jacqui says.

‘It’s important for them to look after their mental health because it can affect every part of their life.

'I think they can be taught to look out for the signs and symptoms so they can then go and ask for help.’

Elise adds: ‘It feels like an absolute dream come true to be able to speak out about mental health because it’s something I care about so passionately.

‘I feel it was my purpose to come out the other side and help people.’

You can watch Elise's TV film here at the top of this page.

Abbie Challen and her team want better support at school for
pupils with mental health conditions. Watch their Fixers film.