Speak Up About Anxiety 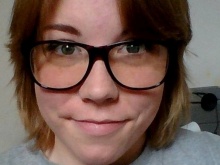 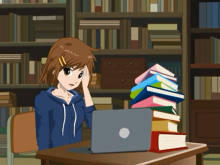 The main character in the Fixers film 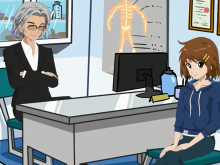 The central character sees a doctor in the film

After crippling anxiety caused her to miss school, Megan Haste wants to help make sure other young people with mental health issues don’t let their problems pile up.

The 18-year-old from Lisburn in Northern Ireland, who was hospitalised for her condition two-years-ago, is using her experiences to urge others who are going through similar struggles to stay strong and seek help.

‘It first started when I was 13. I don’t really know why,’ explains Megan.

‘I would often get breathless on the bus and start crying for no reason when I was in class.

‘This obviously affected my work because I was hardly ever in school.

‘Although I do still have my ups and downs and don’t want to face the world some days, I’m more able to control it now and I want others to know they can do the same.’

With Fixers, Megan has helped create an animated film aimed at young people.

It’s based on her experiences of anxiety and shows others that they can take control of their mental health, so it doesn’t rule their lives.

Watch Megan’s Fixers film ‘Anxiety’ at the top of this page.

‘We thought an animation would be ideal for a topic like this, because the central character could be anyone.

‘If I'd have seen a film like this when I was younger I think it would have helped me through the tough times.’

Megan plans to share her resource with local schools and colleges – the age group that she feels would most relate to the subject.

‘The idea is to get people talking about this issue and one way to do that is to raise awareness in schools,’ she adds.

‘Because the subject is still taboo, I think creating conversation around it might make it less daunting for people to open up.’

Megan's project was supported by the Wellcome Trust

in schools so teachers know how to help. Watch her TV film.