American Football For All 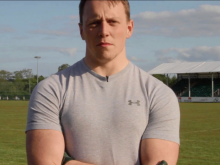 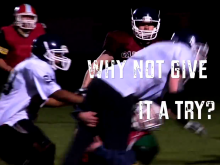 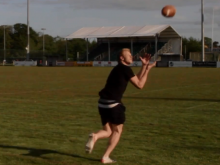 Concerned that American Football isn’t widely played in the UK, Neil Graham is hoping to kick-start its popularity among his peers.

The 23-year-old from Ballynahinch, County Down, dreams of one day playing professionally and now wants to create more awareness of the game so it's seen as more than a minority sport.

‘I absolutely love it,’ explains Neil. ‘But it’s a shame that many people don't know much about it.

‘Whenever you talk about American Football with someone, they immediately say “Oh, I didn’t know they played that over here.”

‘I would love to play in the USA, but I also hope this project can inspire people to get involved closer to home.’

With the help of Fixers, Neil and his team, who all play for The Belfast Trojans, have helped to create a film encouraging others to give American football a try.

Highlighting how the sport can be for everyone, the short piece shows several players introduce themselves by saying what they do for a living followed by their playing position.

Watch the group’s film, ‘American Football' at the top of this page.

‘I really like the film,' he adds. 'We wanted to show how diverse the sport is.

‘Most importantly, the aim was to encourage others to have a go, which I think the film does pretty well.’

The group plan to share their film with colleges and universities.

‘We want to reach as many people as possible,’ adds Neil.

‘I think there needs to be more resources at a grass roots level so we build that awareness.

‘Hopefully one day, people’s general knowledge of American Football will extend beyond the Super Bowl.’