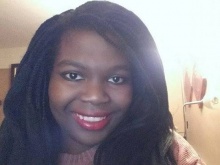 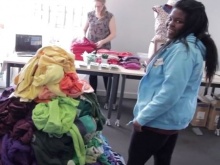 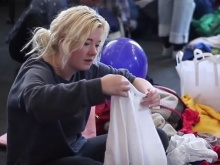 A group of environmentally conscious young people led by 18-year-old Kerisha Stephenson want others their age to recognise the need for greener living.

The team from Bristol, the city named European Green Capital of the year, are sharing their concerns about climate change and the impact it could have on the future of our planet.

‘Climate change can cause drastic changes in temperatures and droughts,' explains Kerisha.

'It can also have an effect on farming and economic wellbeing.

‘Older generations have had ages to do something, but it’s still a massive problem.

'I want to make sure that everyone is well aware of the effects of climate change.'

With Fixers, Kerisha and her team have helped create a film to encourage their peers to think more carefully about environmental issues.

It was filmed at the Green Youth Capital Summit and suggests ways people can live more sustainably.

Watch Kerisha and her group’s Fixers film ‘Go Green’ at the top of this page.

‘I think the film gets the point across and hopefully others will understand the message,’ Kerisha comments.

Kerisha and her team want to show their Fixers film to decision-makers and school pupils, in the hope that they can inspire younger generations to make a difference.

‘Young people are the rulers of tomorrow,’ she adds.

‘They should start making changes today.’

Leah Khalfan also wants young people to do their bit for the environment.
Watch her Fixers film about climate change.