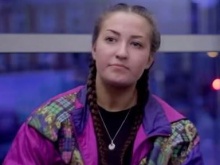 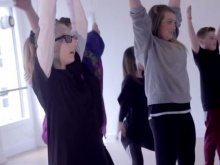 The group perform in the Fixers film 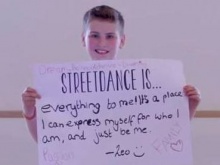 Young people explain what street dance means to them

A group from Pontypool, who found their feet at street dance classes, now want to show others the benefits of the high-energy activity.

Eighteen-year-old Paige Holliday and her team say it’s had a positive impact on their lives, but are concerned that some people view street dance negatively.

'I think the name is all people need to form a stereotype. This type of dancing was originally from the streets and people usually have mixed views on this,' explains Paige.

'Busking and town performances may be annoying to some, but it's also a way we can openly share our passion.

‘It has a positive effect because you’re always surrounded by supportive people with good energy. I would love for people to appreciate street dance as an art form.'

With Fixers, the team have helped create a film to share their personal stories and discuss the benefits of street dance.

They explain that it gives them a way to express their emotions and encourages them to appreciate their bodies.

They also urge others not to judge street dance before giving it a go.

You can watch the group’s Fixers film ‘Street Dancers’ at the top of this page.

‘The film shows the hard work that goes into dancing,’ comments Paige.

‘I absolutely love it. It captures all of our personalities and friendships.

‘It is heart-warming to listen to everyone’s interpretations of street dance and to hear the difference it’s made in their lives.’

The group plan to share the film on social media, so people of all ages can see it.

‘I believe it’s for everyone.

‘As long as you’re passionate, you can do anything.’

Antonia DiCarlo has taken to the streets to inspire people
to try dance. Watch her Fixers film to see what happened.