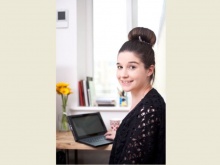 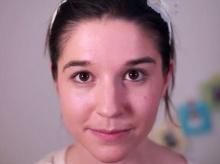 Claire performs a spoken word piece in the film 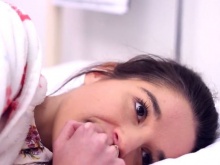 Fixer Claire shares her experiences in the film

After she was diagnosed with anorexia and sectioned, Claire Greaves wants to share her experiences to show others that eating disorders aren’t glamorous.

The 23-year-old from Pontypool in South Wales is concerned that some young people think the illnesses are fashionable and don’t understand the harsh realities of life with a mental health condition.

‘I’ve seen comments online from people who say they want to have anorexia or another mental health issue,' explains Claire.

‘Most shockingly of all, someone said they wanted to be sectioned so they could have a hug when they’re sad.

‘This sparked something within me. I’ve been sectioned and know it’s not like that.

'It’s certainly not something I would have wanted to go through.

‘My campaign is to show people what being sectioned is really like, so they understand that mental illnesses are not something to strive for.’

With Fixers, Claire has helped create a film which features photos and video footage set to a spoken word piece.

Splitting the film into ‘sections’, Claire tells her story and offers insight into what happens when a person is detained under the Mental Health Act.

She acknowledges that it was necessary for her, but states that it’s not an experience she would wish on others.

Watch Claire’s Fixers film ‘Sectioned’ at the top of this page.

‘After I was discharged from my detention under the Mental Health Act last year, I decided that I wanted to use the worst days of my life to help others. Turning negatives into positives became my aim,’ says Claire.

‘I’m really pleased with how the film has turned out. I hope the resource will help people understand what being sectioned is like.’

Claire is planning to launch her Fixers film at a local college.

‘I want to show my resource to a mixture of audiences as I think different people will take different things from it,’ Claire adds.

‘I want to say to anyone who is battling a mental health condition that there is always hope.

‘Life can change in a moment.’

Miriam Jarvis shows others that it is possible to move past the dark times
and recover from a mental health condition. Watch her TV story.