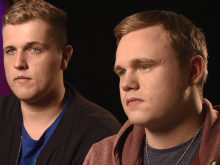 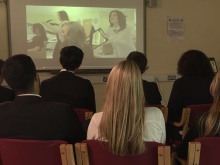 Sam and Casey show their Fixers film to students 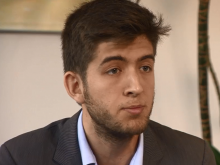 Urging others their age not to use the word ‘gay’ to describe something in a negative way, Crawley Fixers Sam Trumpeter (18) and 16-year-old Casey want people to think before they speak.

Their story was broadcast on ITV News London on Monday 13th July.

‘I’m not gay myself, but I do have a lot of friends that are lesbian, gay or bisexual and I know how damaging words can be without people realising,’ explains Sam.