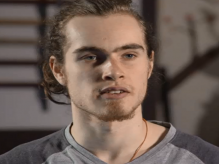 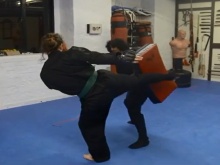 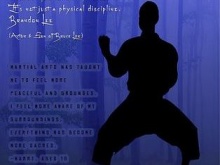 Crediting martial arts with helping him in his fight with mental health issues, Harry Stott wants to convince others of the benefits of the discipline.

The 18-year-old from Bury says the activity provided him with a welcome distraction and he now wants people to see for themselves the positive impact it can have on emotional well-being.

‘I spent too long wasting my energy on drugs and a lifestyle which brought me great confusion and unhappiness,’ explains Harry.

'I was psychotic and was admitted into hospital. It took me two long stays there before I realised something had to change.

‘Through martial arts and meditation, I am now free from the delusions of that old lifestyle.

'I want those going through similar ordeals to know it can help them too.'

With Fixers, Harry has helped to create a series of posters to spread his message.

Focussed around three main themes - empowerment, tranquillity and control - they feature inspirational quotes from those known for their involvement in the activity and conclude by urging others to ‘discover what martial arts can do for you’.

Click on the images below to enlarge Harry's Fixers posters.

‘I’m pleased with how they turned out,’ Harry says.

‘Friends and family have all told me they think they're great.

‘Even if it inspires one person to change their life or even places a moment of happiness in someone's reality, then I am content. I don't need to change the whole world.’

Harry hopes his posters will be seen by as many people as possible and is planning to share them on social media.

‘It’s basically for everyone,’ he adds.

‘I hope it can bring them inspiration, happiness or even a smile.

‘I want people to keep going and know that life will turn out for the good if you just stop worrying about the past and be in the present.

‘The world is a stage and it’s up to you how you perform.’

Harry has also been speaking about his Fix on TV.
Watch the broadcast.