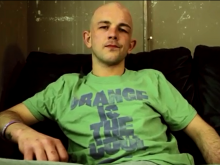 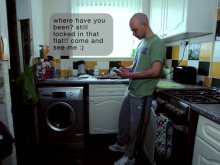 Frazer features in the Fixers film 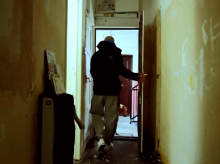 After he battled depression, Frazer Sweeney is calling on other young men to break their silence when it comes to mental health.

The 25-year-old from Glasgow suffered a brain injury as a child, which he says made him feel isolated and alone as he got older.

He now wants to show others with mental health conditions that there’s no shame in asking for help.

‘At the age of seven, I was hit by a bus, which left me with permanent brain damage affecting my motor, memory and learning skills,’ explains Frazer.

‘When I left the hospital two months later, everything changed.

‘I could no longer do the things I used to, and as I grew older, this made me feel segregated and alone because I noticed people would treat me differently.

‘Although I do still have down days, I’m doing a lot better now and much of that was down to getting out and meeting new people.

‘I want others in my situation to realise that speaking out isn’t a sign of weakness, but can be the bravest thing you can do.’

With Fixers, Frazer has helped produce a short film based on his experiences of depression.

He features in the film, which is designed to show people that they don’t have to deal with a mental health condition on their own.

Watch Frazer's Fixers film 'Retreat' at the top of this page.

‘It’s a great project, which has inspired me to do more to raise awareness about depression in young people,’ Frazer says.

‘I hope my campaign reassures people with mental health conditions that there is support available.’

Frazer plans to share his film with students in schools and colleges across Glasgow.

‘It’s important that young people see this film,’ he adds.

‘I’m sure there are many people with experiences like mine. Hopefully this project will help more of them to speak out.’

For more information and advice on this subject, visit www.getconnected.org.uk, www.seemescotland.org or www.samaritans.org.