Through My Eyes Fix On ITV 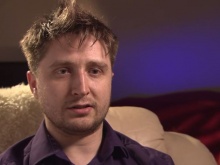 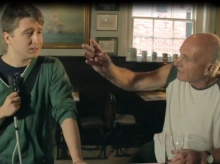 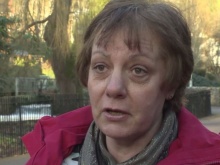 ‘In the space of a few months, I went from having perfect vision to being registered blind.’

His story was broadcast on ITV News Meridian (W) on Thursday 14th May.

In the TV piece, Richard demonstrates the challenges faced by those with limited sight and shares clips from a film he’s created with Fixers, to improve people’s understanding of his condition.

‘I’ve found ways of coping but I do get frustrated,’ explains 27-year-old* Richard from Winchester.

‘I’m able to lead an independent life largely due to technology, careful planning and organisation.

‘Sometimes this goes against me because people don’t tend to realise quite how serious my condition is.

‘At times, I get accused of lying and that can be quite hurtful and upsetting.

‘One of the common misconceptions is that with vision loss, if you are blind, you can’t see a thing.

‘But that’s not the case. My vision is like the old school TV sets with the snowstorm going on constantly in the background.’

Sheila Verrill from Action for Blind People also appears in the broadcast, in support of Richard’s campaign.

‘There are about two million people in the UK with a visual impairment,’ she says.

‘I think there is a lot of misunderstanding around the word blind.

‘In many cases people will keep their peripheral vision. It’s very rare that people actually lose all of their sight.’

Watch Richard’s TV film at the top of this page.

Read more about Richard’s campaign and watch his Fixers film.

*Note: Fixers sometimes go beyond the 16-25 year age bracket while working on their Fix.