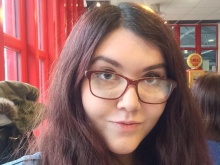 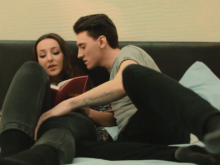 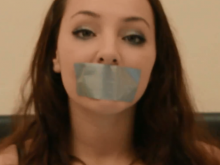 An actor in the film

Concerned by the numbers of women affected by rape and sexual assault, a Kent group are educating young people about consent.

Eighteen-year-old Hannah Upton and her team are encouraging others to speak out against sexual abuse, while reminding their peers that no means no.

‘It’s a topic we all feel very strongly about,’ explains Hannah.

‘Thankfully, I haven’t had any personal experience of this, but hearing some of the horror stories in the media makes me feel apprehensive and vulnerable.

‘It may be hard for some victims to talk about, but it’s important for those who have been through this to come forward.’

With Fixers, the group have helped create a film to drive home their message.

Featuring actors, the short piece highlights different scenarios in which a woman is forced into something against her will.

Providing statistics relating to the number of young women affected by sexual offences each year, the film defines consent and encourages people to speak out about abuse.

Watch the team’s Fixers film ‘Sex Needs Consent: Defined Lines’ at the top of this page.

‘We wanted to represent real-life situations in the film, where this sort of thing can happen,’ Hannah says.

‘There is a clear line when it comes to sex and it should never be crossed.

‘I think our film demonstrates that perfectly.’

The group plan to share their resource in schools and colleges around Kent.

They feel that by targeting students, they will help change attitudes from a young age.

‘Showing people the difference between right and wrong is essential,’ adds Hannah.

‘Hopefully, engaging the younger generation will make them grow up with the right mindset and ability to judge what isn’t acceptable.’

Also worried by the number of women being raped or sexually assaulted, Kate
offers others her age a way to protect themselves. Watch her TV story.