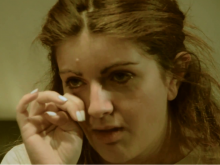 Young person playing the role of a victim 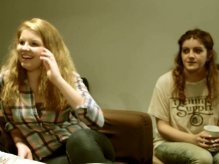 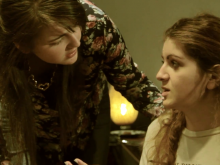 Often singled out by her own friends, a young woman from County Antrim is showing that bullying isn't always intentional.

Seventeen-year-old 'Máire', whose real name has not been used, says she was made to feel worthless and unwanted after her peers began to treat her like an outsider.

Using her experiences, she wants people to be more aware of how their actions can affect others.

‘My friends just stopped talking to me, it was awful,’ explains Máire.

‘The worst part was that they didn't even realise how they were making me feel.

‘Having left that in the past, I don’t want anyone else to go through what I did or think they have nowhere to turn. This is my opportunity to help.’

With the help of Fixers, Máire has produced a short film, which depicts a young woman, played by an actress, being ignored by friends at a social gathering.

The short piece aims to show perpetrators how their behaviour can be hurtful whether they realise it or not.

Watch Máire's Fixers film ‘Bully Behaviour’ at the top of this page.

‘It’s short, to the point and gets across the message that I wanted to make.

‘I didn't think the film would impact people in the way it has, however, the amount of positive feedback has been overwhelming.’

The film was shown at a local school in County Antrim and has since been used during assemblies in other schools around the area.

One pupil described the piece as having a ‘strong, powerful message’ while another added: ‘This film forces you to think about what really happens. If I'm honest, I can see myself in one of the characters.’

Máire says: 'If you are being bullied by your friends, you are not alone.

‘To others, my message is to think about your actions. Your behaviour might be doing more harm than you know.’

If you or someone you know is being bullied, visit www.bullying.co.uk.

bullying to not let people bring them down.