Learn Lessons From The Past 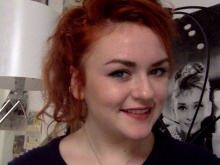 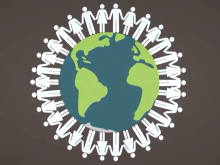 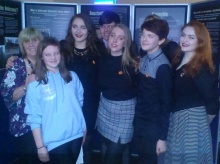 The team launch their Fixers film at an event

By educating young people about the history of genocide, Annabelle Napper and her team from Hartlepool want to show how destructive discrimination can be.

Remembering those affected by the Holocaust, they’re campaigning to increase people’s tolerance of others around them.

They feel that learning about genocide could be a small step to stopping it happening.

‘Last summer I got the chance to visit Auschwitz, which was a very surreal experience for me,' explains 17-year-old Annabelle.

‘It got me thinking about society and how human beings could be so cruel to one another.

‘It’s my view that discrimination of this kind, while not on the same scale, still goes on today.

‘Hopefully, our campaign will make people think twice about their actions and treat others with respect.’

With Fixers, the team have helped to produce a short animated film.

It includes a definition of genocide, and asks viewers to think about how it makes them feel.

Watch the group's film 'Genocide' at the top of this page.

‘It’s very powerful and really gets our message across.

‘We wanted to use historic events as a way of promoting a wider message of respect for one another.’

To commemorate Holocaust Memorial Day, the group launched their resource at an event held in Hartlepool on Tuesday 27th January. It was attended by family, friends, local councillors and war veterans.

Offering their feedback on the film, audience members described it as ‘unique and a real eye-opener’, as well as ‘emotional and inspirational.’

Annabelle adds: ‘We aim to take our film into local schools because it’s important young people learn about the past.

‘While the topic is a huge one, I think everyone can take lessons from it, one of which is treating others as you’d wish to be treated yourself.’