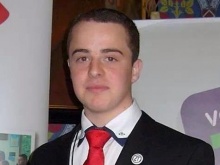 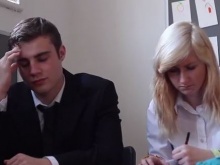 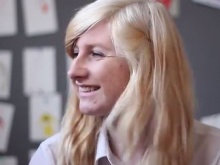 Determined to prevent people from taking mental health issues lightly, Kieran Mulvaney and his team want illnesses like depression to be given the same consideration as physical ailments.

Kieran, who’s from Chippenham, thinks using terms like “depressed” flippantly could deter those who are genuinely affected from talking about it.

‘It is important that mental health problems are taken just as seriously as physical health,’ explains 17-year-old Kieran.

‘People will use words like “feeling depressed” to describe situations where their phone battery is dying.

‘We should be encouraging those who do need support to speak to friends, family, teachers and medical professionals.’

The team feel that depression is often misunderstood, and this is a problem they want to address.

‘I believe it is down to the way it is shown in the media,’ Kieran comments.

‘I think films and TV can portray a stigma and people don’t really know the truth about what depression is.

‘It suffers from a lot of negative views.’

With Fixers, Kieran and his team have helped create a film, to show how isolated an individual can feel when living with a mental health condition.

Struggling with her illness, a character is seen getting increasingly upset when a classmate begins to use the word ‘depressing’ to describe the weather.

Watch Kieran and his group’s film ‘I’m Fine’ at the top of this page.

Kieran adds: ‘I hope that this will have a positive impact and make young people realise that what they say can have an effect.

‘You never know what someone is actually going through.’