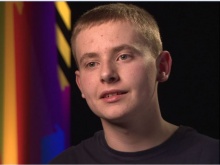 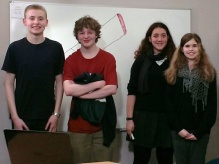 Young people discuss the Fixers campaign in the TV piece 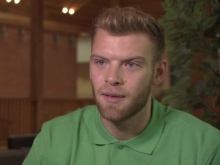 Keen to help stamp out smoking among young people, Toby Jeffery is warning of its dangers.

His story was broadcast on ITV News Anglia on Thursday 15th January.

Sixteen-year-old Toby and his team want others their age to understand the health risks of lighting up, in the hope that they will then choose to avoid the habit.

They’re also encouraging those who already smoke to get the help they need to quit.

‘We want young people to see the true dangers of smoking and to understand the negative effect it can have,’ explains Toby, who’s from Bury St Edmunds in Suffolk.

‘I don’t smoke and I never have done but I can see on a daily walk to school 12 and 13-year-olds lighting up and that's really worrying.

'Cigarettes can cause health problems and this campaign is about making that known.’

With Fixers, the group are helping to produce a film, to take a closer look at the potential impacts of smoking.

They would like it to feature people whose lives have been affected, and plan to highlight the harmful ingredients in cigarettes.

‘We also want to show exactly what’s in a cigarette, so young people know which harmful chemicals they’re breathing in each time they take a puff.’

In the broadcast, Toby discusses the project with a group of young people, who offer their own thoughts and opinions.

‘We know that around 200,000 children in the UK start smoking every year,’ Buzz explains.

‘Children can be addicted within four weeks as a result of the nicotine in cigarettes.

‘Lots of children believe they are invincible, but we know that 50% of those who smoke will die because of smoking.’

Toby adds: ‘We really want to change the social attitudes to smoking and we want to get across the positive message that if people quit smoking they will benefit in many different ways.

‘We want to make it seem less cool and more dangerous – because that’s what it is.’