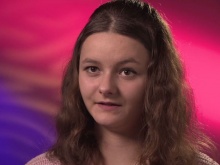 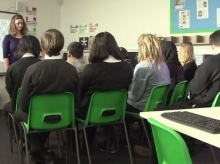 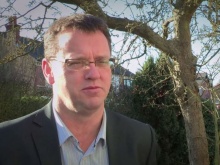 Determined to help young people better understand politics and why it’s important, Ellie Emberson is encouraging her peers to take an interest in the topic.

Her story was broadcast on ITV News Meridian (W) in January 2015.

The 16-year-old from Reading wants others her age to be shown how politics affects their everyday lives, so they’re more motivated to participate.

‘From the age of thirteen I’ve been watching the news and I’ve liked knowing what’s going on in the world and how that impacts me,’ explains Ellie.

‘I want young people to be educated about politics so they know why it’s important to get involved.

‘They should understand how it affects them.’

With Fixers, Ellie and her team are helping to create a film to show young people what politics is and how they can have their say.

They hope to distribute it online and via schools and youth clubs, to target an age group that hasn’t always shown a big interest in the subject.

In the broadcast, Ellie visits Prospect School in Reading, to speak to pupils about politics, government, and exercising their right to have their voice heard.

‘They should make politics more interactive,’ says one of the students.

‘The problem with politics is that it’s boring.

'But when you actually understand it, it’s like a whole new world.’

Rob Wilson, who’s the MP for Reading East, also appears in the broadcast film in support of Ellie’s campaign.

‘Young people are the future and we’ve got to encourage them to be active with social action and politics,’ he comments.

‘Ellie’s campaign - with its positivity and energy - will make a big difference to getting young people engaged and involved.’

Ellie adds: ‘What I’d really like is for young people to register to vote.

‘You can do that from the age of sixteen.

‘If a young person expresses their interest, that’s a great thing to see.’