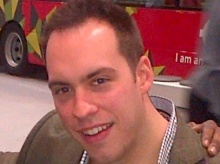 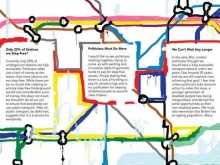 An image from Conrad's Fixers leaflet 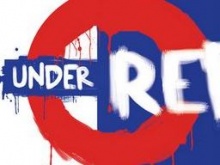 Unable to travel to parts of London on the tube due to a lack of step-free stations, Conrad Tokarczyk hopes to steer decision-makers on the right track to achieving better accessibility.

The 25-year-old from Ruislip, who has cerebral palsy and uses a wheelchair, wants to highlight that only a quarter of Underground stations currently offer step-free access.

‘I’ve had to turn down jobs because I couldn’t get there using public transport, which was a key motivation for starting the campaign,’ explains Conrad.

‘I was offered a couple of job interviews in the city and had to drive there.

‘Even with a Blue Badge it can be very difficult to park. On some occasions, I’ve been driving around for an hour and a half looking for a space, so I’ve missed interviews.

‘There have also been instances where I’ve wanted to travel into London with friends. They’ve got the tube and I’ve driven. It segregates disabled people.’

With Fixers, Conrad has helped create a leaflet, designed to look like a map of the London Underground.

The idea is to use it to rally support for his campaign, while calling on politicians to do more to secure the money needed to improve access on the tube.

Click on the images below to enlarge the pages of Conrad’s Fixers leaflet.

‘I like the design of the leaflet as there are links missing on the tube. That highlights that for disabled people, planning a journey is really difficult,' Conrad says.

‘What makes my campaign different is that I’m suggesting a solution to the problem.

‘I’m calling for a public fund to be set up that would enable businesses and corporations to sponsor step-free access at stations.

‘I’m pursuing this idea at the moment, while also trying to raise awareness of the campaign – encouraging politicians to place it higher on their agenda.'

Conrad plans to meet Sir John Randall, MP for Uxbridge and South Ruislip, at Parliament. He will show him his Fixers leaflet and discuss further what he hopes to achieve.

‘People who are elderly and have reduced mobility, mothers with pushchairs, and those temporarily disabled with broken limbs can also miss out due to inaccessible tubes.

‘I think my proposal has been shown to work on other projects. I’d like to see it used to make the tube network more accessible too.’

See how a group of young people from Torbay achieved success with their
Fixers campaign by getting transport bosses on board.