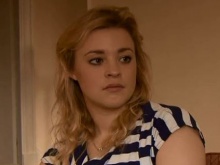 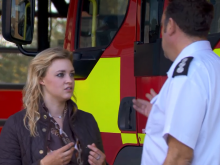 Lucy at the Harrogate Fire Station 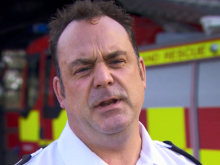 After being severely burnt following a campfire accident in March this year, Lucy Morgan is reminding other young people about the importance of taking fire safety seriously.

Her story was broadcast on ITV News Tyne Tees on Wednesday 5th November.

The 19-year-old from Harrogate says the traumatic blaze, which occurred when someone poured paint thinner on a fire, has scarred her for life.

Recalling the moment, Lucy says: ‘The explosion covered most of the garden.

‘All you could see was bits of clothing on fire everywhere and people rolling around.

‘About 25 per cent of my body was burnt. My tights melted to my skin and I had to undergo three skin graft operations.

‘But the injuries from the accident could have been much worse. When I look back on what happened, I kind of consider myself lucky.’

Lucy and her team hope to make a film with Fixers, which they intend to show at local schools in order to educate young people about the issue.

‘My Fixers project is about general fire safety. I just want to make people more aware of flammables and the dangers of certain substances, as well as teach them about maintaining safe distances from fires, and how to start and put out a fire safely.’

Appearing in the broadcast item is Lee Smith, Station Manager at Harrogate Fire Station, who strongly supports the campaign.

‘I think Lucy’s doing a great job,’ he says. ‘As firefighters, we can send a message about what happens at an incident, but she’s the person actually affected by it and can show how it impacted her life.

Speaking about her campaign, Lucy adds: ‘I think my Fixers project will be worthwhile if it prevents other teenagers from going through the trauma and recovery that I had to go through.

‘Knowing that they’ve listened will definitely be an achievement.’

to put the brakes on careless drivers. See their story.