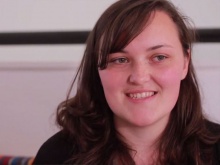 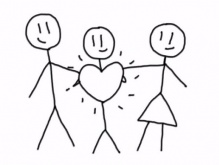 An animated image from the Fixers film 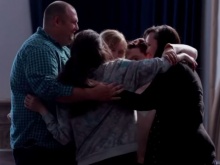 The Fixers are seen supporting each other in the film

By giving insight into life as a young adult carer, a group from the South West are highlighting the challenges faced by 18 to 25-year-olds who look after a loved one.

Led by Carina Andrews, the team from Bristol and South Gloucestershire are sharing their stories to call for more support for people their age with caring responsibilities.

They say they’re at a particularly difficult time in their lives, as they try to juggle further education, employment, moving out and starting relationships, with their role at home.

‘I was a carer for most of my childhood,' explains Carina, who’s now 21.

'When I turned 18, I realised there was a gap in support between the young carers service and that for adults.

‘So, I became involved in starting a peer support group called Eighteen Plus.

‘It soon became obvious that there were many other people who felt the same as me.

'They also believed there wasn’t any support for them, or any understanding of the term young adult carer. We want to change that.’

With Fixers, the group have helped create a film to explain what it means to be a young adult carer, and to show people how they can help.

Members of the group speak about their experiences in the hope they’ll also be able to reassure other carers their age that they aren’t alone.

Animations are used to emphasise some of the points they make.

You can watch the group’s film ‘Tales of a Young Adult Carer’ at the top of this page.

‘I think the film is amazing. I really love it,’ says Carina, who cares for her mum, who has mental health difficulties, and her dad, who lives with Parkinson’s.

‘I’m hoping it will do what we want it to do – that’s to reach more young adult carers and to help others understand them.’

As well as using their film in training sessions for health care professionals, Carina and her team want to share it on social media.

‘Our message is that there are young adult carers out there who still need to be identified,’ Carina adds.

‘They need support in their own right, to enable them to cope with being young adults while having caring responsibilities.’