It's Okay Not To Be Okay 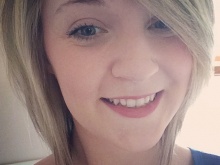 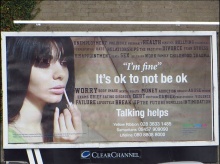 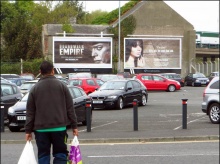 A passerby stops to read the billboard

Wanting young people to realise that suicide is never the answer, Ashleigh Agnew is encouraging others to speak up about their problems and seek help before things get worse.

The 22-year-old from Hamiltonsbawn in County Armagh is drawing attention to the stigma attached to mental illness, which she feels prevents people from finding support.

'I feel very passionately about helping people who are suffering from conditions such as depression and suicidal tendencies,' explains Ashleigh.

'Suicide is such a taboo subject.

'I want people to know that if they feel depressed, alone or anxious, there are plenty of people willing to offer support.

'They don't need to suffer in silence.'

Hoping to encourage dialogue, Ashleigh has created a billboard poster with the help of Fixers to let passers-by know that it's okay to not be okay. The large-scale image also offers contact details for support services and reminds viewers that talkling helps.

'I want people to be able to speak up about these topics without worrying about the assumptions that surround them. A billboard is something that cannot be ignored,' Ashleigh explains.

'People who face these issues daily often act differently in front of people. They may put on make up, force a smile and act like everything is okay, when it's not.

'That's why my message is so important and needs to be heard.'

Those who misunderstand mental health conditions are also the target for Ashleigh's campaign.

'I would like this to have an impact on those who believe in the stigmas,' she says.

'I want them to take a step back and think about the individuals suffering and how they can be helped.

'If we break the misconceptions down brick by brick, they will eventually fall. It's going to take a lot of work to do that but this is a start.'

Sami Cullen from Carrickfergus is also raising awareness of suicide in her community. Click here to see her billboard campaign.