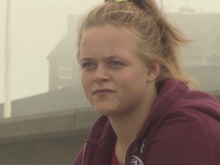 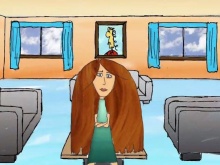 With Fixers, Chloe is helping to create an animated film 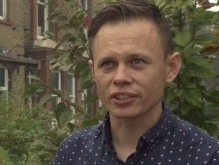 After playing truant from school got her into trouble, a 16-year-old from the Isle of Sheppey is making sure other young people don’t miss out on an education.

Her story was shown on ITV News Meridian (E) on Thursday 2nd October.

Chloe Jantowski, who lives in Rushenden, is now at college following a period of home schooling, and says her attitude to learning has changed.

‘When you’re young, you don’t think that school is actually beneficial, but you do need it when you get older,’ Chloe explains.

‘I’ve changed my views on studying. Now not only do I know that I need to do it, but I want to do it. I’m much more mature than I was before.’

With Fixers, Chloe and her team have helped to create an animated film to highlight the value of staying in school.

They hope it will show other young people the pitfalls of leaving the classroom without any qualifications.

Watch Chloe and her group's Fixers film 'Home Education' below.


'I think what made me change in the end was my mum having two little girls,’ Chloe says.

‘I’d always wanted a little sister and I wanted to be a role model. The way I was going wasn’t the way I’d want my sisters to be.

‘I think young people need to make the most of school while they can.

‘I left without any qualifications and now I have to start again from the bottom.’

Dan Pyke, Director of the charity Restoration Youth, appears in the broadcast in support of the campaign.

‘Chloe is born and bred in Sheppey and is someone who other young people from this area are more likely to relate to,’ he comments.

‘I think she’ll be an inspiration because others will see that there are opportunities in education and that there is value in staying on and getting real qualifications.’

Chloe adds: ‘I hope my Fixers film will stop people making the same mistakes that I made.

‘I want them to change their ways, before it’s too late.’

Also promoting the benefits of education, Ellie James wants young people
to embrace the opportunities available to them at school.