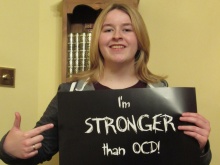 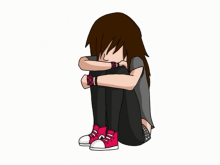 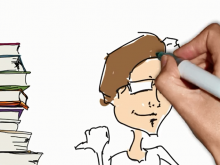 Diagnosed three years ago, Laura McIlveen is showing that OCD is a serious mental health condition and not a quirky character trait.

The 20-year-old from Ballymoney, County Antrim is sharing her experiences with obsessive compulsive disorder to challenge misconceptions about the complex neurological condition.

She wants people to understand how debilitating it can be, while also reassuring those who have it that they can get better.

‘Living with OCD can be incredibly frustrating and as if you’re trapped in a bubble,’ explains Laura.

‘For me, it was all about contamination - I wouldn’t even touch door handles, because I was scared of catching a bug.

‘Sadly, many people think it’s just a personality thing, which involves constant cleaning. But in actual fact, it can completely control all aspects of your life, which is what I want people to understand.’

Crediting cognitive behavioural therapy (CBT) for helping her manage her condition, Laura has made a Fixers film with her team to help others learn about OCD and offer hope to those who have it.

The short animation urges others not to view the disorder as a joke, but a serious illness, which can take over their lives.

Watch 'OCD Northern Ireland' at the top of this page.

‘The film is brilliantly done and better than I expected,’ she says.

‘I thought it was a really simple way of portraying a condition, which is actually quite complicated.’

Laura founded the OCD NI charity last year, which offers support to people with the condition across Northern Ireland.

She now plans to take her Fixers film around local schools in order to raise awareness about the disorder and how it can affect people.

She says: ‘Helping the public to understand it is part of the challenge.

‘The other issue is inspiring those who have OCD that there is help out there.

‘I wish I saw this film growing up. It would have given me the confidence I needed to start living and not just existing while also knowing I wasn't alone.’