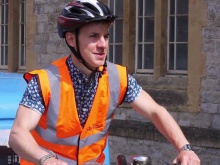 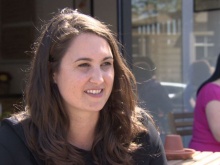 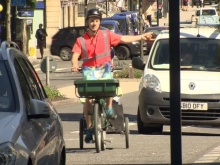 Saving time, money and the environment are on the agenda for Sam Harris, who is showing Bristol businesses the benefits of using bicycle couriers.

A bike courier himself, the 23-year-old delivers a variety of goods - ranging from newspapers to cupcakes - using pedal power.

In addition to reducing their carbon footprint, he hopes to show people the practical benefits of cycling and being green.

'Living in Bristol and trying to use a car is a nightmare,' explains Sam.

'You try to get somewhere that's 200 metres away and you have to follow the one-way system for a mile – then you can't even park when you get there.

'But you get on your bike and you just get to where you want to go straightaway.

'I want to show companies that bikes are better for business and our mission is to reduce the fossil fuels in the local environment.'

With Fixers, Sam has created a film to be shown to local companies, detailing the positive impacts of using bike couriers.

You can watch Sam's Fixers film 'The Power of Pedals' below.

'It's about showing people how the bike movement is going in Bristol and how it's a secure and reliable service.

'As a biologist I learned all about what's going wrong with the planet, but we weren't taught what to do about it, so I wanted to start doing something.

'The bike business was an idea I realised I could feasibly do.'

Nina Skubala, the Vice Chair of the Bristol Green Capital Partnership appears in the broadcast to commend the campaign, stating:

'Bristol is going to be the European Green Capital next year and we've got so many businesses involved that are really driving this agenda forward.

'They are being part of the solution.'

Sam adds: 'We've had success with the council and the NHS, and seeing other companies taking on what those have already had the foresight to do would be great.

'As human beings, trying to tackle the epic thing that is climate change is a hard-to-grasp concept.

'Don't feel defeated by the fact that you can't do everything as one person.

See how Fixer Jack Richmond is encouraging young people to make the most out of the environment around them. 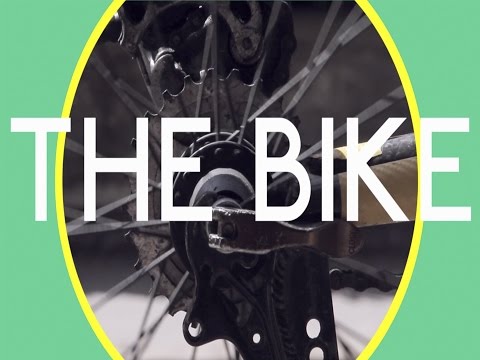