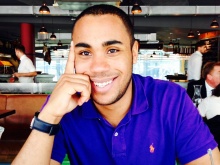 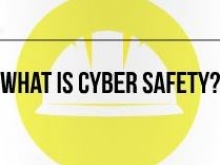 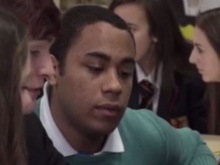 Carney trials his workshop at All Saints' Academy in Cheltenham

Vowing to help other young people beat cyberbullying after online abuse turned his life upside down, Carney Bonner is taking his campaign into the classroom.

The 20-year-old from Cheltenham wants pupils to be taught how to protect themselves on the internet, and is pushing for an anti-cyberbullying week to be introduced in secondary schools.

‘I was cyberbullied and this led to self-harm, but the positive is that it’s helped me to grow as a person.

‘I’m now in a position to support other young people who might find themselves in the same situation.’

With Fixers, Carney has created a lesson plan for teachers to help them deliver hour-long workshops to students.

The session is intended to address topics including social media privacy settings and the difference between banter and bullying.

‘I like the booklet and think it’s going to be of great benefit to teachers,’ Carney adds.

‘If it prevents people from being cyberbullied or shows them where to go for help, it will have been a success.

‘If it prompts an anti-cyberbullying week in schools across the UK - that would be amazing.’

Before finalising his lesson plan, Carney ran a pilot of his workshop at All Saints' Academy in Cheltenham. It was well-received by Year 10 students.

One participant said: ‘I now know what I would do if it happened to me. It’s a really good idea to educate young people about this.’

Another added: ‘Cyberbullying can make a person feel really isolated and people are sometimes scared to speak out. These workshops will make people confident in knowing the measures they can take to stop it happening.’

Carney hopes to launch the lesson plan at an event for schools in Cheltenham and Gloucester in September. He would also like to visit a number of classes to deliver the workshop himself.

‘I think online safety is really important,’ he explains.

‘When my parents were growing up, bullying ended at the school gates.

‘Cyberbullying is a whole new entity – it can be 24/7. It’s a key issue that needs to be tackled.’

For more information and advice on cyberbullying, visit the ChildLine website.

Carney’s also been telling his story on TV.
Watch his broadcast film.