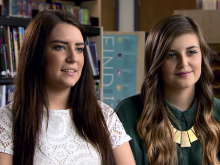 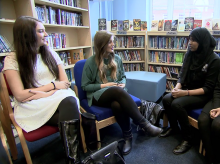 Fixers talk with students about diversity 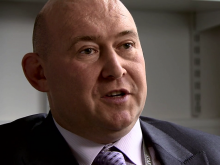 Two Fixers from Rainford in Merseyside, who are promoting diversity in their community, want to show the benefits of embracing different cultures.

Their story was broadcast on ITV Granada Reports on Thursday 9th January.

Annie Jones (16) and Hannah Tabernacle (17) say they go to a school where the majority of pupils are white and feel interacting with people of different ethnic backgrounds is vital for later life.

‘I think we should be told to mix with different cultures at a younger age so that we’re never in a position where we become ignorant or we offend anyone,’ says Annie.

‘Society’s changing so much.

'We are going to go out into the big wide world to get jobs with people of different cultures - so it’s now that we need to embrace that.’

The Fixers feel their own community’s lack of diversity is an issue when it comes to younger generations understanding other cultures.

‘You walk down the street and you wouldn’t really see someone who’s not white, which is kind of peculiar to people who don’t live here.’

With the help of Fixers, Annie and Hannah want to make a short film to encourage people to learn more about other cultures.

In the broadcast piece they visit a school in Liverpool to speak with students of different ethnic backgrounds.

‘Meeting these students has really opened up my eyes to how little I know about other cultures compared to what I thought I knew,’ adds Annie.

Ian Young, Principal of Rainford High Technology College, also appears in the piece to share his views on diversity in schools.

‘The reality of the situation is people are people and I think that’s why this project is so important,' he says.

‘We want tomorrow’s communities to be stronger than today’s and I think this is a very important way of moving that forward.’