ME and Me Story on ITV Anglia 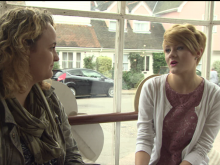 Fixer Ashleigh and Jodie Cleary discuss their experiences of ME 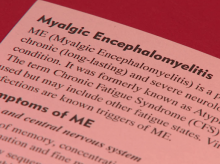 A shot from the broadcast film 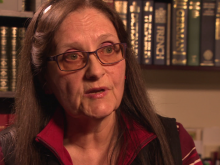 Jane Colby from The Young ME Sufferers Trust

A Fixer from Harwich in Essex wants to raise awareness of the medical condition Myalgic Encephalomyelitis (ME) to stop people mistaking it for laziness.

Her story was shown on ITV News Anglia on Thursday 3rd October.

Fixer Ashleigh Lovett (17) was diagnosed with ME, or chronic fatigue syndrome, two years ago.

Her symptoms include heavy limbs and painful legs, and some days it is so bad that she is unable to get out of bed.

‘People didn’t believe I was ill at first,’ says Ashleigh. ‘There is no physical sign of ME, so people used to say I was spoilt and lazy. It hurt a lot.’

With the help of Fixers, Ashleigh wants to create a weighted suit for people to wear so they can understand what it is like to live with ME.

In the broadcast piece, Ashleigh meets 19-year-old Jodie Cleary, who found out she had ME eight years ago.

‘No one believed me until I was diagnosed,’ says Jodie. ‘Then to get better I needed support. I needed people to say “It’s OK, I had it, but guess what, I’m married now and I’ve had kids”. I needed other people to tell me I could get out of this hole.’

According to Jane Colby from the Tymes Trust, who appears in the broadcast, ME is the most common cause of long-term sickness absence from school among both pupils and teachers.

With her Fix Ashleigh hopes to reach out to those affected by the condition, saying: ‘I want to raise awareness of ME so other people don’t have to go through the same thing I went through.’

For more information and help, visit the Action for M.E. website.