The house that Fixers built 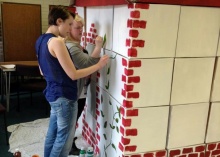 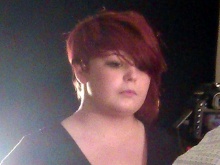 Thirty-five Fixers from North Wales have come together to create a large art installation to highlight the problem of domestic violence in their area.

The Wrexham-based group are creating a large cardboard house, which will be part of a film installation. The house will act as a screen, upon which short filmed accounts from victims of domestic violence will be shown.

A third of the group of 35 Fixers have experienced domestic violence first-hand from past partners or have witnessed friends and family suffer domestic abuse.

The group feel domestic violence in Wrexham is not talked about and would like to encourage victims to seek help through their Fixers project.

Lead Fixer Sabrina Rafferty (16) and her group think many people experience domestic violence, but often do not know what to do.

‘I want women to realise there is help for those experiencing domestic violence, and there is always someone who can offer support,’ she explains.

‘There is a lack of knowledge about the support and help that's out there for women in the Wrexham area.

'Through this project, we hope to get people talking about domestic violence, and make victims – or people who know victims – aware of the support that is nearby.’