Getting Serious About Mental Health 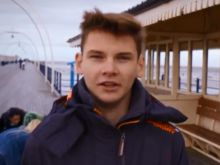 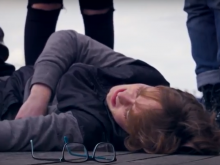 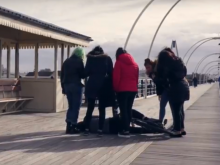 A young man from Southport, who has battled depression and anxiety, is showing that mental health is just as important as physical health.

Matthew Bousfield, 17, is concerned that others with similar experiences to his aren’t taken seriously enough, which can make the problem worse.

He has now created a powerful film with Fixers, encouraging people to take more notice of mental wellbeing so others can get help sooner.

‘School life was awful,' he says. 'I never really made too many friends because I was always worried about what they would think of me.

‘Exam time was particularly horrendous. My heart would race because I’d worry about my future if I didn’t do well and the feelings would just snowball.

‘As well as having multiple mental health conditions, I also suffer from ADHD and Asperger’s syndrome so I was always conscious of not being like the other kids, which probably added to my worries.

‘I tried to tell people how I was feeling, but they’d often tell me to snap out of it, which wasn’t helpful at all.

‘We need more people to listen and not brush our feelings off as nothing.’

Matthew received counselling and says he is feeling much better in himself.

His dramatized Fixers film shows a young man, played by an actor, falling off his bike.

It uses the pain of this incident to show that mental ill health can hurt just as much.

They hope that sharing it in local schools and colleges will educate young people about the issue.

‘The film is fantastic and really does what I wanted it to,’ adds Matthew.

‘Working with Fixers has been a real help to me also. The opportunity to help someone else who might be feeling what I’ve felt is a really good feeling.

'I hope that the attitudes towards mental health will improve and will become more accepted instead of disregarded.'

Matthew's project was supported by the Wellcome Trust