The No Work Experience Catch 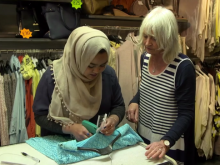 Fatema Begum working in the shop 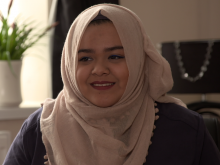 Fatema Begum wants employers to give young people a chance 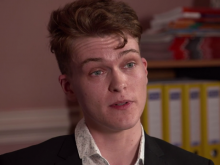 Tom Nutland from the UK Commission for Employment and Skills

'Since turning 16, I’ve applied for quite a lot of jobs and I’ve always been rejected due to a lack of experience. I don’t feel it’s fair because if nobody employs us then how are we going to get the experience without the job?'

After being turned away time and again for her lack of work experience, Fatema Begum is urging employers to take a chance on young people when they’re first starting out.

The 16 year old, from Oldham, Manchester, tells ITV about her hopes for entering the world of work.

Her story was broadcast on ITV Granada Reports on Wednesday, July 20.

She says: ‘At the moment I’m studying at college and I’m planning on going to university.

‘Right now I’d like to be working, as least part time, to gain the experience so I can use it in the future.

‘The message I want to get across to employers is just give us a chance to just show you what we can do.’

With Fixers, Fatema has produced a short film encouraging employers to give young people an opportunity to prove themselves in the workplace.

Tom Nutland from the UK Commission for Employment and Skills supports Fatema’s campaign.

He says: ‘We know there is a Catch 22 situation for young people – 66 per cent of employers say when they’re recruiting work experience is critical or significant, but only 30 per cent offer it to young people.

‘There is an onus on employers to do something about this – it benefits them as much as it benefits the young person - so bringing people into your organisation is a really positive thing.’

Fixers arranged for Fatema to do a trial at a local boutique, Fizz Fashion, and store co-owner Lorraine Davies gave her view as an employer.

She says: ‘Quite often when young people have come here from an educational environment they think they know it all, and they don’t, and the thing is that’s how you learn and you get experience.’

Reflecting on her time in the shop Fatema says: ‘I think it’s pretty helpful coming in and doing this as it’s shown me what it would be like to actually work and do the job.

‘I feel like I could make a change on this issue and it’s something that’s needed. Maybe people will listen and let us show what we can do.’