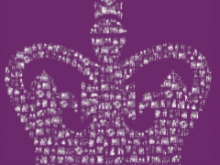 Fixers has won the Queen's Award for Voluntary Service 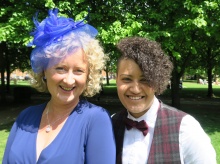 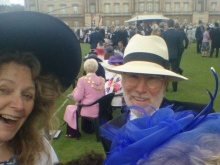 Fixers has been honoured with the prestigious Queen’s Award for Voluntary Service, the highest award a voluntary group can receive in the UK.

The award celebrates the contribution of nearly 20,000 youngsters who have campaigned against issues such as hate crime, bullying and mental health.

Fixers, which is one of 193 charities, social enterprises and voluntary groups to receive the award, will be presented with it by the Lord Lieutenant of Hampshire, Nigel Atkinson, later this summer.

Chief executive Margo Horsley, editorial director Nigel Swettenham, director of communications Maggie Morgan and young person’s coordinator Mariam Ahmed, went to a garden party at Buckingham Palace on Tuesday, May 24, which was attended by the Queen, Prince Philip, the Duke and Duchess of Cambridge and other members of the Royal Family.

Ms Horsley said: ‘In some regards, we’re Winchester’s best kept secret. We have some 20,000 young volunteers who give their time and energy freely to help others by sharing their experiences to create positive social change which all generations can benefit from.

'Our evidence shows their life outcomes are significantly improved by having their voices truly valued.

‘We hope this prestigious award will encourage individuals and organisations who might not have heard of us before to get behind us now and help more young people have a better start at a time when young people are under increasing pressure in every aspect of their lives.’

Ms Ahmed was first associated with the charity as a volunteer five years ago on a project to raise awareness about homelessness, after she found herself living on the streets of Leeds when she was 13. She has subsequently taken on the role of coordinator.

She said: ‘I am so proud of all the young people who have given their time voluntarily to work tirelessly with Fixers and campaign on issues affecting their communities.

‘Fixers allowed me to progress my ideas about homelessness and do something about the issues that I felt were important and needed to be spoken about.

‘It’s absolutely fantastic working as part of such an inspirational team and being able to help young people make a difference.’

Click here to read about other awards presented to Fixers

The awards were created in 2002 to celebrate the Queen's Golden Jubilee and winners are announced each year on June 2 - the anniversary of the Queen's Coronation.

'The judging panel for this year’s awards were struck by the quality and breadth of all the successful groups.

‘The thousands of volunteers who give up spare time to help others in their community and to help solve problems demonstrate the very best of democracy in action.’

Minister for Civil Society, Rob Wilson, said: ‘I would like to congratulate all groups who received this year’s Queen’s Award for Voluntary Service, in recognition of their fantastic achievements.

‘The huge amount of work and commitment these organisations put into their local communities is surpassed only by the passion and motivation of the individuals who volunteer.

‘I hope these groups continue to inspire others to get involved and make a positive impact so that we can continue to build a more compassionate society.’