A Royal Audience For Fixers 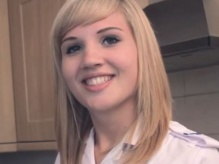 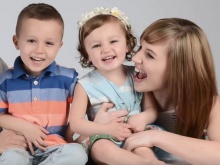 Jo and her children 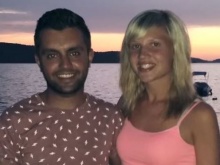 Jo and her partner

Fixer Jo Thompson, who wants to tackle the stigma surrounding eating disorders, has taken her campaign to new heights in London as she discussed her project with the Queen.

Jo was invited by the Department of Health to attend an event at the Home Office honouring civil servants.

It was there that the 22-year-old from Solihull enjoyed an engaging conversation with the Queen about the prevalence of mental ill health in young people.

‘I was so excited when I found out I was going to meet the Queen. I felt privileged,’ explains Jo.

‘She asked me questions about my Fixers film and I explained what it’s about and where I want to show it.

‘I told her that I want to use my campaign to make big changes and that’s when she congratulated me.’

Jo also took the opportunity to show Her Majesty the Fixers report '50 Fixes for Mental Health: It’s Time You Got It’.

‘She asked if all young people with mental health problems knew they had them,’ Jo says.

‘I explained that they don’t always know and that my film is to educate people about the symptoms of eating disorders.

‘I feel on top of the world.

‘I never believed I would meet the Queen – it’s beyond my wildest dreams.’