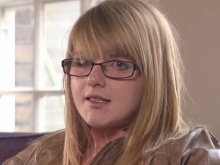 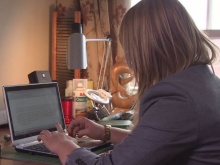 Serena writes about her experiences 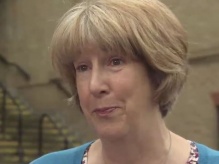 ‘I was working in a shop that sold legal highs and I made it my policy not to sell anything that I hadn’t tried. I thought they were harmless because they were legal – I was wrong.’

Serena Christie (23) from Tunbridge Wells wants to warn others about the dangers of legal highs, after they had a serious impact on her mental health.

Her story was broadcast on ITV News Meridian (E) on Thursday 10th September.

In the TV piece, Serena shares her experiences to deter others from experimenting with the substances.

‘Legal highs tend to be derivatives of illegal drugs. They just change a molecule and it creates something new,’ Serena explains.

‘The long-term effects were really detrimental to my mental wellbeing.

‘I started to get severely paranoid.

'I thought one of my housemates was using technology to read my mind.

‘I also thought I was infested with fleas. I started self-harming and had a lot of suicidal thoughts – I wasn’t in control of my emotions.

‘Those were very dark days for me.’

With Fixers, Serena has helped create a film to tell her story and show others that legal highs are harmful.

You can watch the film, 'Encounters With Drug Abuse: From Normality to Insanity. A True Story', by clicking play below.


Jan King from the Angelus Foundation supports Serena’s project and also appears in the TV broadcast.

‘Legal highs are dangerous because we have no idea what is in them,' Jan comments.

‘Chemists are creating these things, they’re being imported and tested on young people.

‘I think it’s dreadful that Serena has been through these experiences, but it’s great that she’s now able to speak out and make others aware of how dangerous these things are.’

Serena adds: ‘If people aren’t educated about these substances then nothing will change.

‘It’s been a struggle to get where I am, but now I feel a lot more stable.

‘I don’t know how to make it right, but hopefully with this campaign I can.’

You can watch Serena's TV film here at the top of this page.