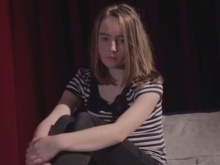 An actress plays the role of 'Jayme-Leigh' 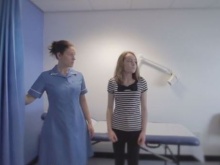 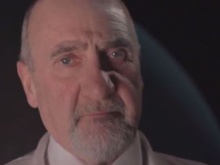 An actor plays a doctor in the Fixers film

Concerned that some healthcare professionals don’t always understand young people’s needs, a teenager from the West Midlands is urging doctors and nurses to see things from a patient’s perspective.

Seventeen-year-old ‘Jayme-Leigh’, whose real name has not been used, wants empathy shown to those who may find a visit to hospital frightening.

‘I’m aiming to put professionals into the shoes of a young person. They need to realise how daunting visiting a healthcare setting can be,' explains Jayme-Leigh.

'I feel passionate that patients should be treated with respect and dignity. They should be aware of what's happening with their care at all times.’

With Fixers, Jayme-Leigh has helped create a film based on her own negative experiences at a medical appointment.

A young girl, played by an actress in the film, is called in for a personal examination and is left feeling scared as she hasn’t been given enough information.

The message displayed at the end of the film encourages doctors to ‘consider, empathise and understand.’

Watch Jayme-Leigh’s Fixers film ‘Behind The Curtain’ at the top of this page.

'It reflects my experience very well and gets the message across clearly.’

Hoping her film will be seen by those with influence in the industry, Jayme-Leigh wants her campaign to result in a change in healthcare practices.

‘I hope that professionals will watch this film and reflect on themselves,’ she adds.

‘They need to ensure that they are making patients, especially children and young people, as comfortable as possible.’